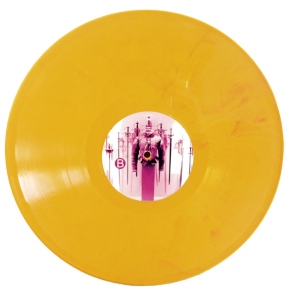 A Puppet Show is a record documenting an interactive, moving art installation at Glow festival in Santa Monica. Steven Hull created a rotating stage featuring a marionette show based on the short story A Fragment from the Lives of the Conquistadors by Tony White. The stage, situated behind the historic arbor in Crescent Bay Park, displayed Hull’s sculptures of conquistadors whose hands detach and become the animated marionettes. There were several performances throughout the night featuring puppeteers and musicians. The LP features a brilliant new ‘noise jam’ by Gibby Haynes, of the legendary band Butthole Surfers, and music by the Tanya Haden, Petra Haden and Anna Huff. Included is a poster with Tony Whites story and comprehensive sleeve notes by Christopher Schnieders.

Included in set: Gatefold sleeve with double sided 12″ in yellow and pink swirl or blue, poster with story and sleeve notes.

I’M STILL IN LOVE WITH YOU

This Project curated by Steven Hull consisted 39 visual artists and 39 writers responding to Al Green’ s 1972 album, “I’m Still in Love With You,” There was an exhibition of the project including art and musical performances at Women’s 20th Century Club in Eagle Rock.

Included in set is: Gatefold sleeve with one sided 12″ pink vinyl with 3 songs, a 16 track CD and a large, 56 page b/w booklet with contributions from various artists and writers. 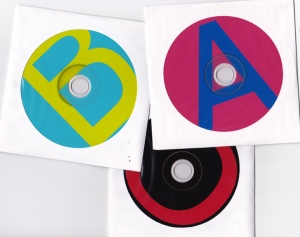 For Song Poems, Steven Hull solicited lyrics from 27 different writers and artists, got musicians to turn them into songs, and then got people to turn those songs into videos, posters, and album covers. There are 42 songs in all, based on 30 lyrics, a video for each song, as well as a poster with album covers. All together, over 250 people contributed to Song Poems. For Music contributors click here.

SOARING HIGH ABOVE ME

A Project by Steven Hull based on the song Kites by Simon Dupree and The Big Sound in 1969, and Circus of Death by Human League in 1978.